Perimeter Scaffolding was established in 2001 by Stan and Daniela Demo as a family-run business and it remains a family business to this day with son Matthew Demo becoming a leader in the enterprize. Although the company started in 2001, Stan has extensive experience in scaffolding dating back another 20 years during which he worked as a bricklayer providing his own scaffold for jobs. Stan began to see the tightening of legislation in the workplace and the sudden need for scaffold on all multilevel jobs. This triggered a career change into what was a fast-growing Geelong scaffolding industry.

Perimeter Scaffolding started out servicing mainly domestic housing projects in Geelong and the surrounding region. But with the help of our local community, friends and family, the company has thrived, with our quality scaffolding services and scaffold products soon becoming renowned among Geelong scaffolding companies. With services, sales and scaffold hire, Perimeter Scaffolding soon broke into the Melbourne building scene, with medium-density and small commercial jobs becoming our target market.

Having now been operating for more than a decade, we have a large client base all of which we maintain strong working relationships with. Going forward, Perimeter Scaffolding is in a strong position thanks to our great team of operators, scaffolders and labourers. 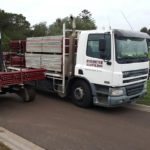 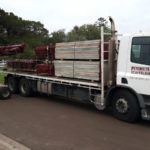 Stan is the director and founder of Perimeter Scaffolding. He boasts a wealth of knowledge spanning more than 30 years, not only in scaffolding but the building industry as a whole. Stan is a bricklayer by trade, running his own business for more than 10 years before becoming a foreman on a highly regarded project in Melbourne’s CBD. Along with the scaffold company, Stan has branched out into property development, building apartments and housing units to further develop his knowledge and business portfolio.

Daniela is the accounts manager at Perimeter Scaffolding and has managed accounts for several companies for most of her professional life. Having managed more than 40 employees and their wages in a previous role, and dealing with clients from all over the world in another, her skill and experience in dealing with accounts, clients and numbers is second to none.

Matthew has been working with Perimeter Scaffolding since 2008, including one year as a part-time employee. Matt has been able to tap into his father Stan’s wealth of experience and learn, from the word go, Perimeter’s mission, vision and what the company strives for. As well as scaffolding full-time, Matt has taken on the role of estimating jobs, quoting jobs and dealing with clients on a regular basis.

Tim is Perimeter Scaffolding’s go-to man when it comes to anything needed in the workplace. Tim has been with the company since 2009 and has a full and thorough understanding of Perimeter Scaffolding’s operations. Whether it’s managing projects, delivering scaffold by truck, measuring jobs or anything alike, Tim is reliable and ticks all the boxes.